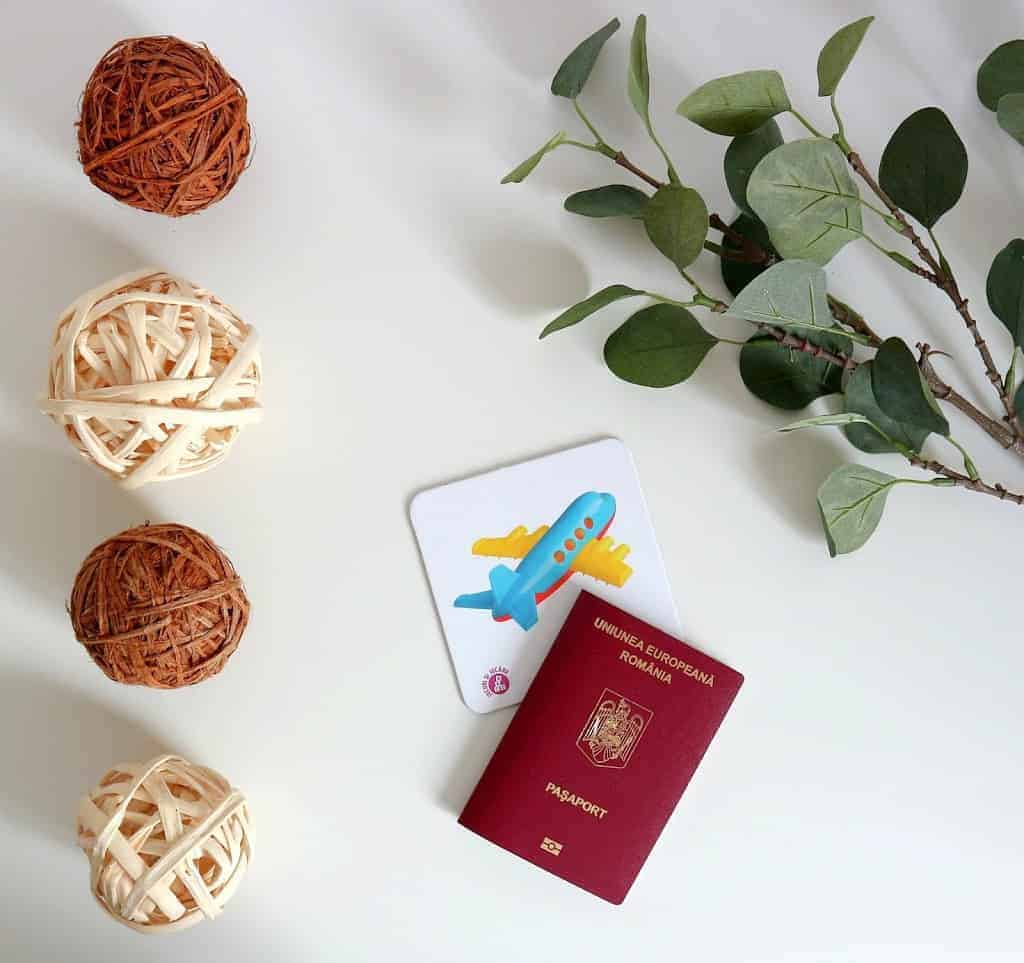 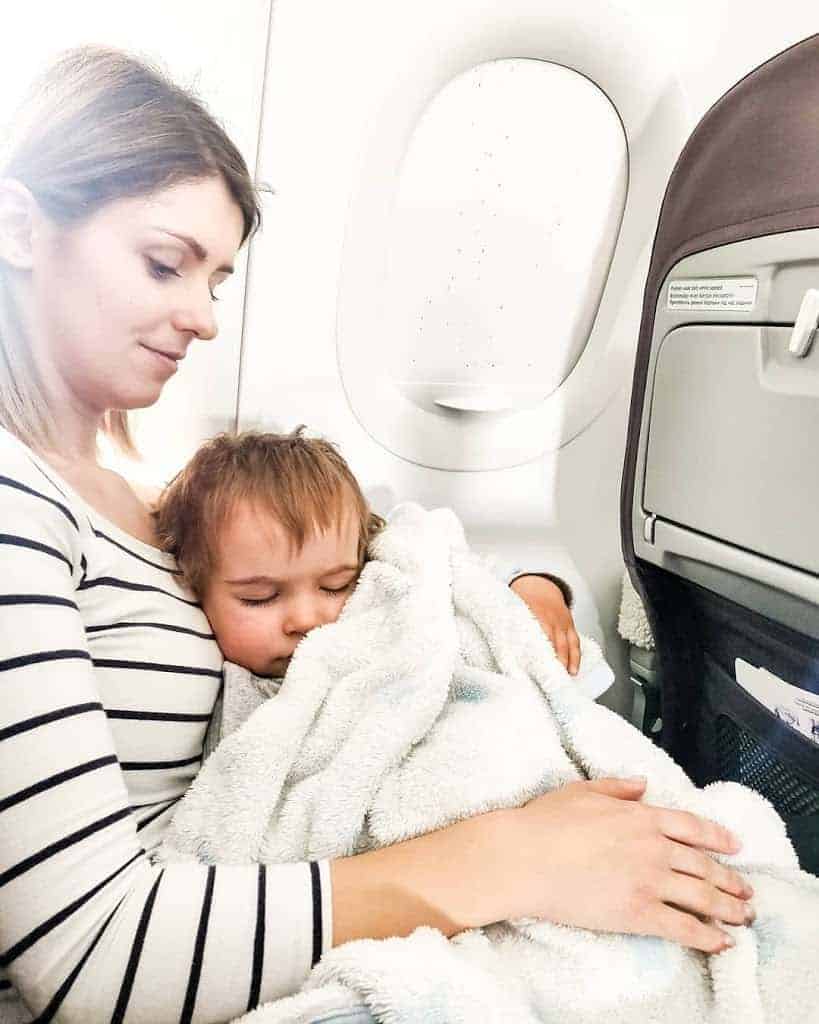 Flying with little ones can seem daunting at times, but it can actually be a decent time if you’re prepared in advance. Today we’re covering 9 tips for flying with a toddler for the first time.

A few weeks ago we went on a flight with our toddler for the first time. Needless to say, all the typical thoughts and emotions were there. Will he sleep on the plane? Will he be uncomfortable at take off? Will he make it through the entire flight without crying? Am I bringing enough snacks?

I was a bit stressed about how it would go, but he surprised me and it went so much smoother than expected. Here are a few tips for you if you’re preparing to go on your first flight with a baby or toddler.

1. Prepare them in advance.

Babies and toddlers are so much smarter than we sometimes give them credit for and they will understand much more than we would expect. I tried preparing my toddler for the flight by letting him know that mommy, daddy and himself will be flying next week and that we’re going to have so much fun.

I tried to make it exciting, I showed him pictures of planes, made the plane noise, we played with a plane toy etc.

Get them comfortable with the idea of flying. Kids feel more comfortable and safe when they know what to expect, even if sometimes it feels like they’re not listening to what you’re saying. They will pick up on the tone of your voice and feel more secure if you’re calm and confident yourself.

We didn’t do this for the first flight and we regretted it, so the second time around we brought the stroller with us. It’s so much easier to go through security and walk around the airport while they’re in the stroller.

You can take the stroller right up to the gate and they will hand it back to you straight after landing. It’s so convenient to have it and you can even hang some of your luggage/backpacks in there.

3. Change their nappy right before getting on the plane.

If you change their diaper before a short flight (ours was a 3-hour flight), then chances are you’re not gonna have to deal with diapers on the plane, unless they have a number two situation 🙂 Changing rooms in airports are bigger and just more convenient for changing their diaper than the ones in the plane. We changed Victor right before boarding the plane and didn’t have to worry about that for the entire flight.

It’s not a must, as aisle seats are also fine. However, my toddler really enjoyed the time when we had a window seat because he could look out the window at all the buildings and clouds when we were taking off. He was very amazed by it all.

Snacks are a must, so make sure you bring your toddler’s favourite picks. I brought biscuits, puffs, oat bars and raisins, which worked perfectly for our short flight. You can also bring water and milk for them, as long as those are in their sippy cups or baby bottles (not regular water bottles).

6. What to bring for entertainment.

My boy is obsessed with cars at the moment, so I brought a few small cars and he played with those most of the flight. I brought a small baby, a slinky and other small toys like that. You can also bring things like stickers, a water colouring book or whatever activity they enjoy doing.

We also brought a tablet with nursery rhymes, in case he had a meltdown or got bored of the toys. We didn’t end up using it much, but it’s nice to have as an option if all else fails.

My toddler has a security blanket that he always sleeps with, so I made sure to bring that. Also, planes can get quite chilly sometimes, so it’s nice to have a blanket especially if they take a nap during the flight.

8. Take off and landing – how to help them feel more comfortable.

For some kids, the take off and landing part of the flight are more tricky because that’s when they can feel pressure in their ears and it can bother them. It is recommended to have them swallow frequently so that it helps with the ear pressure.

What I did was I gave my toddler raisins during take off and it helped a lot. Since they’re small, it takes them a while to eat the raisins and they have to swallow frequently. You can also just give them milk or something to sip on.

Most likely, the trip will go better than you expect, so try not to stress too much about it. Kids pick up so quickly on their parents cues, so if they see you calm or excited about the trip, they will most likely act the same.

WANT TO SAVE THIS FOR LATER? Pin it HERE: 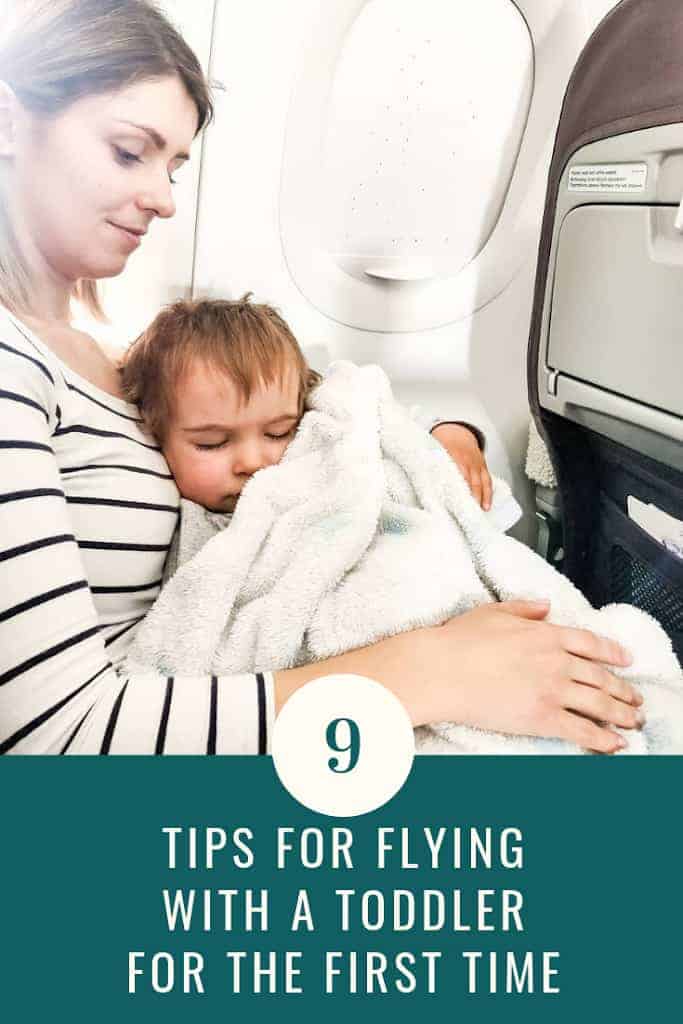 I hope you found these tips for flying with a toddler helpful. What’s your next trip planned with your little ones?

A Day of Parenting | Positive Parenting Strategies that Work 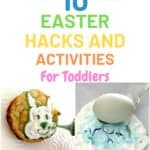 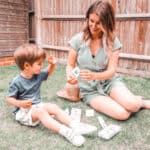 7 Ways to Prepare for an Outdoor Adventure with a Toddler 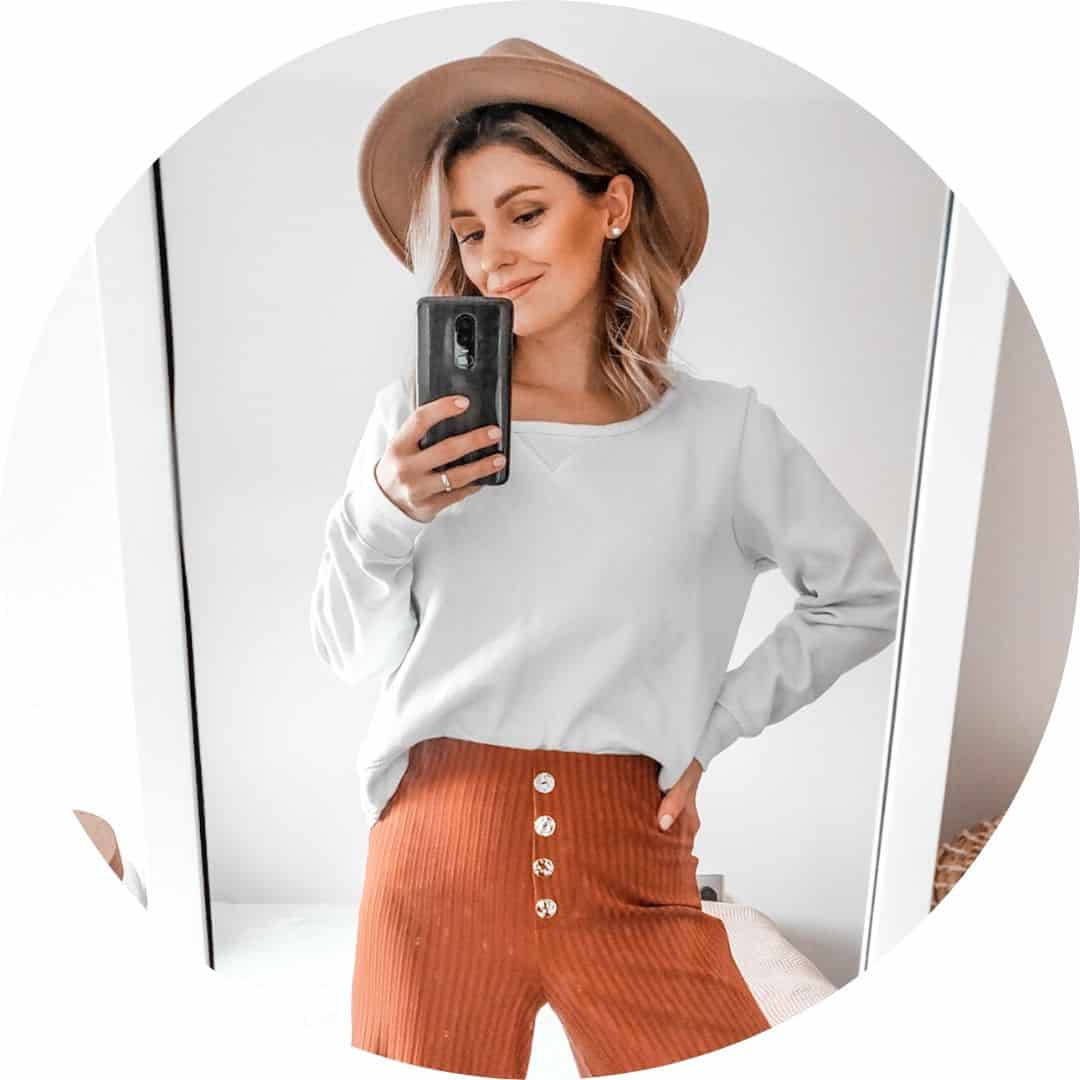 I’m Madeline, a London based mom sharing my style diary and blogging tips. Grab a cup of coffee and join the tribe. 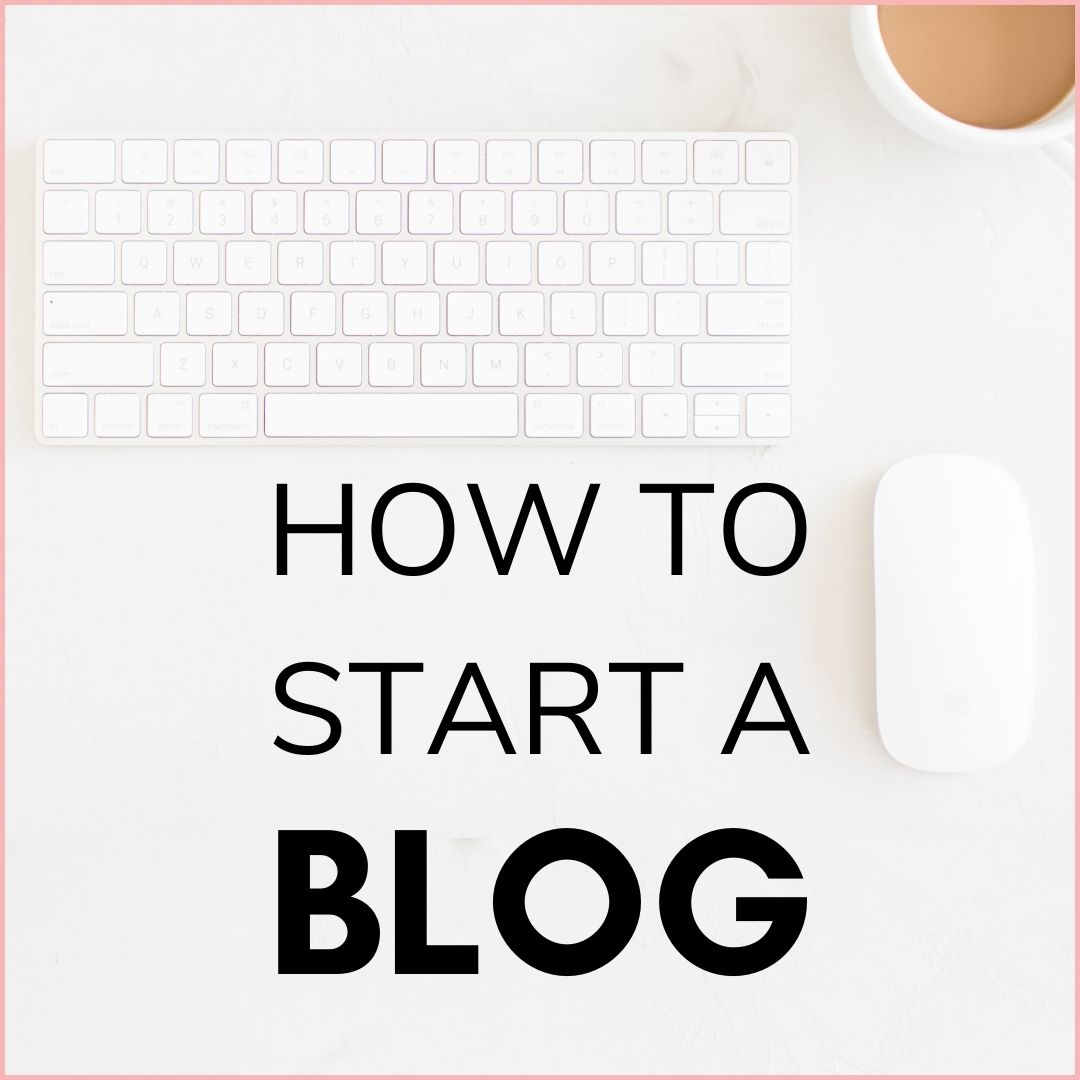 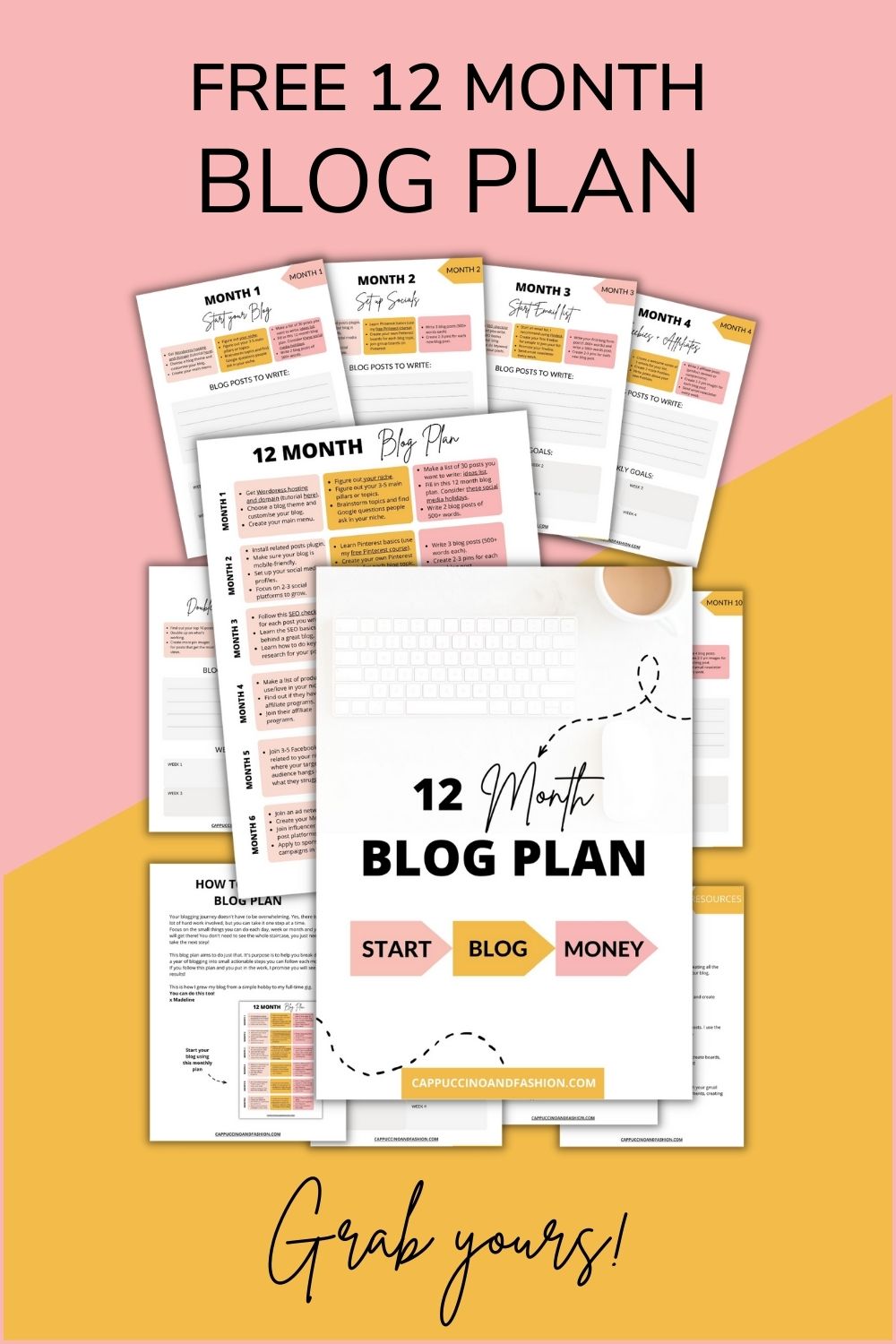 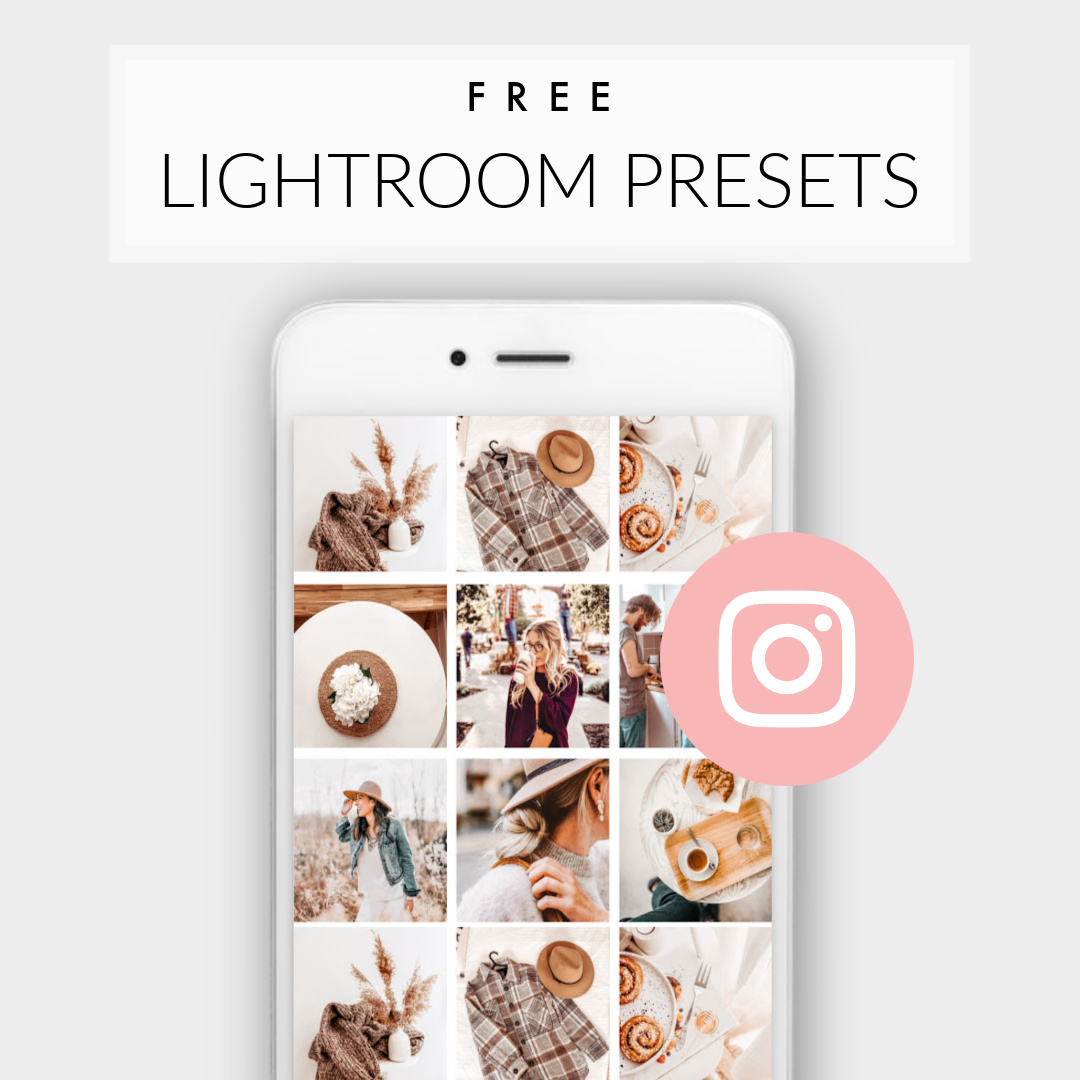